< Back to Youth Stories

By slaying monsters and rising above bullies, Jordon builds self-confidence.

Jordon* is a creative and charismatic seventh grader. He has been paired with his professional mentor, Jeremy, for six years. During that time, Jordon and Jeremy have especially bonded over their love of storytelling and reading. You can always catch Jordon reading, whether it’s an adventurous chapter book or Jeremy’s Calvin and Hobbes comic books in the car on the way to an outing.

However, staying engaged in school can be a challenge for Jordon when he does not feel connected to the course material or lacks the support he needs in class. Although he is a very bright student, expressing himself through writing or speaking does not come easily. During the pandemic, Jordon’s mom had to make every effort to inspire him to attend class. To improve Jordon’s academic experience, Jeremy intentionally plans their outings to build skills to stay engaged in school, even when it is hard.

During one of their outings, Jordon told Jeremy another reason that he was avoiding school: he had become the target of a bully. The bully would throw his backpack at Jordon to provoke a reaction. At first, the bully succeeded. Jordon would become extremely frustrated. These negative interactions reinforced the reasons he did not like going to school.

After talking with Jeremy about how to walk away from the situation, Jordon found he already knew how to deal with bullies that made school so hard to attend: he simply had to avoid giving them the reaction they wanted. He and Jeremy strategized ways to redirect his frustration and ignore the bullies.

Several weeks later, the same bully tried to aggravate Jordon again on the bus. Jordon had nowhere to go. He thought he would have to suffer the entire bus ride. He recalled his conversation with Jeremy. Instead of retaliating, Jordon thought of ways he could get out of the situation and remembered he had his headphones with him. He put them on and proceeded to look out the window, paying no attention to the bully. Not getting the reaction he wanted, the bully soon gave up and left Jordon alone.

Jeremy and Jordon continue to reflect on ways to rise above the bullying. They are also working on finding the positive aspects at school that help Jordon feel motivated. One day, Jordon made up a story that reminded Jeremy of the game Dungeons and Dragons. Jeremy suggested that Jordon could learn how to play. The next time they saw each other, Jordon proudly announced that he had joined the Dungeons and Dragons club at his school! “[This club] gives Jordon a more positive social experience with a new group of people,” said Jeremy. “They know him outside of his performance in the classroom and aren’t judging him based on that.” Plus, while playing Dungeons and Dragons, they can slay monsters together, which is a huge confidence booster.

Jeremy is also working with Jordon to build up his self-confidence and his ability to speak up for himself. When Jordon isn’t successful at something, Jeremy helps him to have a growth mindset by reminding him that failure is an important part of learning, and motivates him to keep trying. “Jordon always gives me the best advice when I’m frustrated or feeling down,” said Jeremy. “I try to encourage him to follow his own advice. He already has the tools he needs.” Jeremy is confident that the more Jordon believes in himself, the more he will enjoy his time at school. 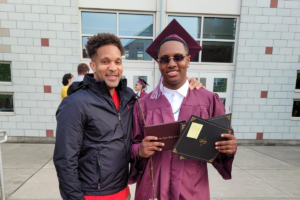 College-bound Damarion strives for success, one goal at a time. 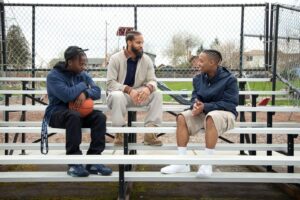 Friends of the Children’s Seattle and Tacoma chapters receive combined gifts of $5.1 million from MacKenzie Scott to support its long-term mentoring model 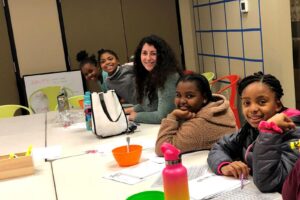